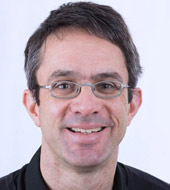 We discuss some challenges arising in the mechanics of slender (quasi-1D) deformable bodies, such as a thin thread of polymer, curly hair, or a carpenter's tape for example. Slender bodies can exhibit a number of complex and intriguing behaviors that are accessible through simple experiments. The analysis of slender bodies exposes one to many of the fundamental concepts of 3D non-linear mechanics, albeit in a simpler setting where explicit analytical solutions and fast numerical methods can be proposed. Based on examples, we review some problems arising in the analysis of deformable bodies, including the derivation of accurate 1D mechanical models by dimensional reduction, the solution of non-linear 1D models by analytical or numerical methods, and the analysis of material or geometrical instabilities. 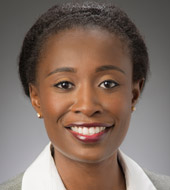 The ability to determine the mechanical behavior of soft materials is invaluable to biomedical applications, such as the design of biocompatible implants and tissue simulants. This seminar will highlight two projects where the mechanical behavior of soft materials was obtained following quasi-static or dynamic experiments for use in biomedical applications. In the first project, finite element (FE) simulations were performed to investigate the benefit of coating siliconsubstrate microelectrode arrays with hydrogel material. The brain and hydrogel coating were described using coefficients of the fractional Zener (FZ) constitutive model that were optimized using quasi-static experimental data from pig brains. The second project focuses on the development of an eye simulant for assessing the effectiveness of ocular protective systems. The silicone elastomer, polydimethylsiloxane (PDMS), was considered as a candidate material for this synthetic eye. PDMS samples were subjected to shock tube inflation experiments to determine the dynamic elastic properties. Dynamic pressure history was recorded and digital image correlation (DIC) was applied to capture the displacement field. The dynamic Young’s modulus of PDMS was extracted using the phase velocity of a traveling wave on the sample surface and the sample’s out-of-plane displacement frequency. 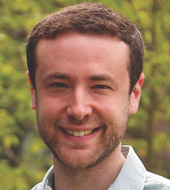 A Continuum Model for Steady Flows of Dense Granular Materials

Dense, dry granular flows display many manifestations of grain-size dependence in which cooperative effects at the microscopic level have an observable impact on the macroscopic flow phenomenology. In one class of phenomenology, the characteristic length-scales associated with flow velocity fields are strongly dependent on the grain-size. In a second class of phenomenology, dense granular materials display size-dependence of the flow threshold. For example, flows of grains down an inclined surface exhibit a size effect whereby thinner layers require more tilt to flow. Neither of these classes of behaviors may be captured by scale-independent constitutive theories, and hence, the formulation of a predictive model for dense granular flow has proven to be particularly difficult. In this talk, we present a nonlocal continuum-level constitutive model for steady flow – called the nonlocal granular fluidity model – aimed at filling this need. We demonstrate that the model quantitatively captures the size-dependence of both steady flow fields and the flow threshold – i.e., the conditions under which steady flow is possible – by comparing model predictions to measurements from experiments and discrete element method calculations. Throughout, we emphasize the geometric generality of the model by considering flows in a wide variety of configurations. 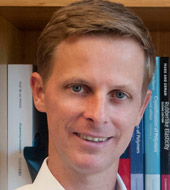 Beyond Inf-Sup: Stability Estimates for Multi-Field Variational Principles by Means of Energetic Conditions in Incremental Form

It is well known that mixed finite element methods have to satisfy certain criteria to provide solvability and stability. The latter criterion is, in the classical context of two-field saddle-point problems such as Stokes flow or quasi-incompressible elasticity, ensured by finite element types that satisfy the well-known inf-sup condition to ensure mesh-independent stability estimates. A number of finite element methods for novel multi-physics applications such as coupled Cahn-Hilliard-type flow in elastic media, extended phase-field models for fracture, poroelasticity or topology optimization as well as gradient-extended plasticity models have a similar saddle-point structure. However, they correspond to a multi-field variational principle and only some of them suffer from similar instabilities. The question as to whether stability estimates are satisfied in these cases for standard discretizations and, if not, how conditions can be obtained that satisfy these estimates, will be discussed in this presentation. Several multi-physics problems developed in our group, that possess a similar saddle-point structure, are investigated with respect to this proposed method. For these examples, the satisfaction of the corresponding conditions is shown by means of numerical tests and novel element types for poroelasticity, recently proposed by our group, that are based on incompatible modes and subdivision methods.